In 2017, the University of Michigan and Pekin published a study in which they analyzed 427 million WhatsApp and SMS messages from around 4 million smartphone users in 212 different countries.

“Emojis have become a universal language,” says Wei Ai, one of the main authors of this study.

Today, almost 3 years later, pages like Emojitracker (which tracks the use of emojis on Twitter) continue to consider this expressive icon with tears in the eyes as the most used emoji, followed by the face that kisses in the shape of a heart.

According to this research, the French people are the ones who use the most emojis, they include them one in 20% of their messages, followed by the Russians and Americans. Following the cliché that France is the country of love, the heart is the symbol most used by them, while in other countries they use symbols of faces.

Societies that are more oriented to thinking about the long-term future, with a persistent personality, hardly use negative emojis; instead, more lenient societies use them more often. 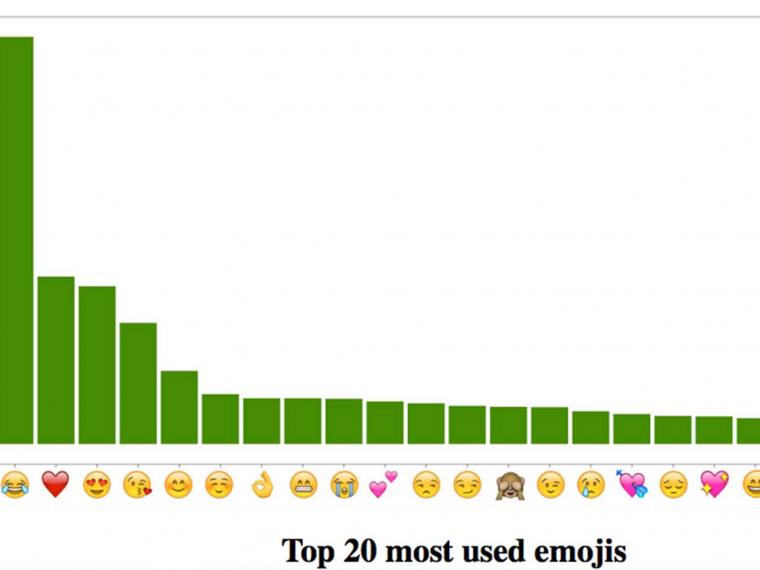 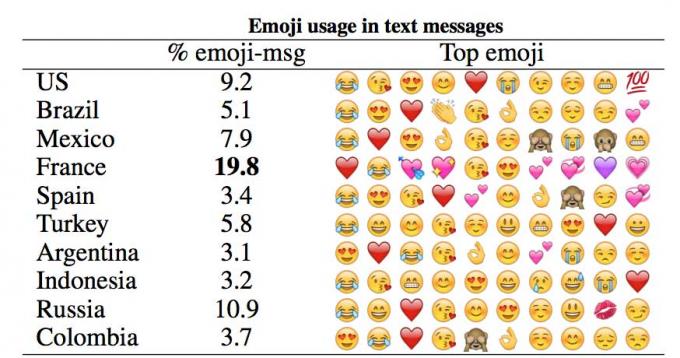